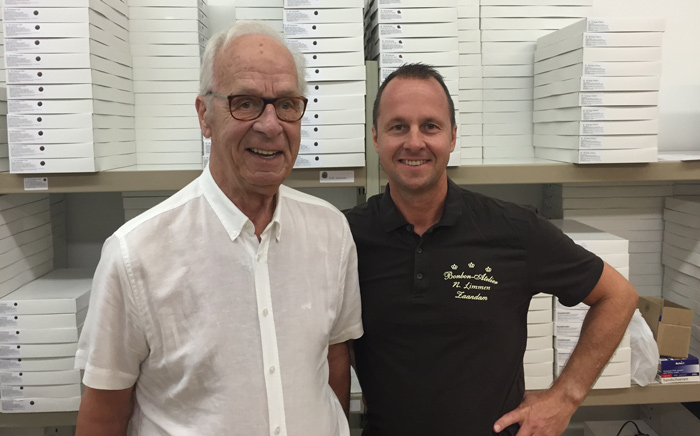 Bonbon-Atelier N. Limmen was founded in 1981, in the city center of Amsterdam. There, Nico Limmen opened the company that would provide an exclusive range of handmade bonbons and (seasonal) chocolate. His target group included the better pastry chefs, restaurants and hotels. He soon made a name for himself as a skilled craftsman and supplier as his chocolate delicacy attracted customers from all over the country. In 1996 the company was taken over by René Limmen, the son of Nico & Annie. He continued the family tradition as he achieved national fame through the exclusivity and refined quality of his bonbons. His wife IJda Deubel has now also joined the company. In 1998 the company moved to the industrial estate at the neighbouring city of Zaandam, where it is located to date.

After almost 40 years, the team of professionals at Bonbon-Atelier N. Limmen is still making the tastiest bonbons and a variety of delicious chocolate. Famous for it’s wide range of products for every season. Craftsmanship, quality and exclusivity are key ingredients every day.